'Til My Sides Hurt: Jackson Funnies

Our children are are very passionate in their hugs and kisses to the #beefyboys. From a stranger's view point it looks like the kids are about to hit, choke, or bite the babies when in reality they are just so overcome with joy and delight that they can hardly contain their affection. I know. It's been my response to babies since I was little. Like, still a baby myself.

Can we say, "Destined to have a bazillion children"? 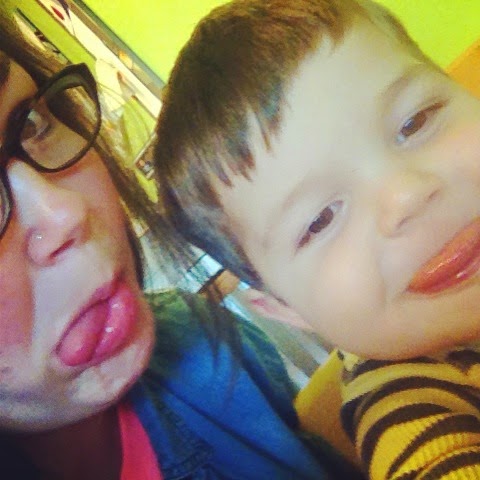 Anyways, I've been training Jackson to give the #beefboys soft kisses and hugs and to save the big hugs and kisses for Mommy.

The other day after he had knocked me over with one of his kisses he told me, "I give da babies tiny kisses...and tiny punches."

Before I could get a correction out he added, "Der boys! And dey beed in your tummy all da days!"

#1. We can hit boys but not girls
#2. We can't give babies real punches 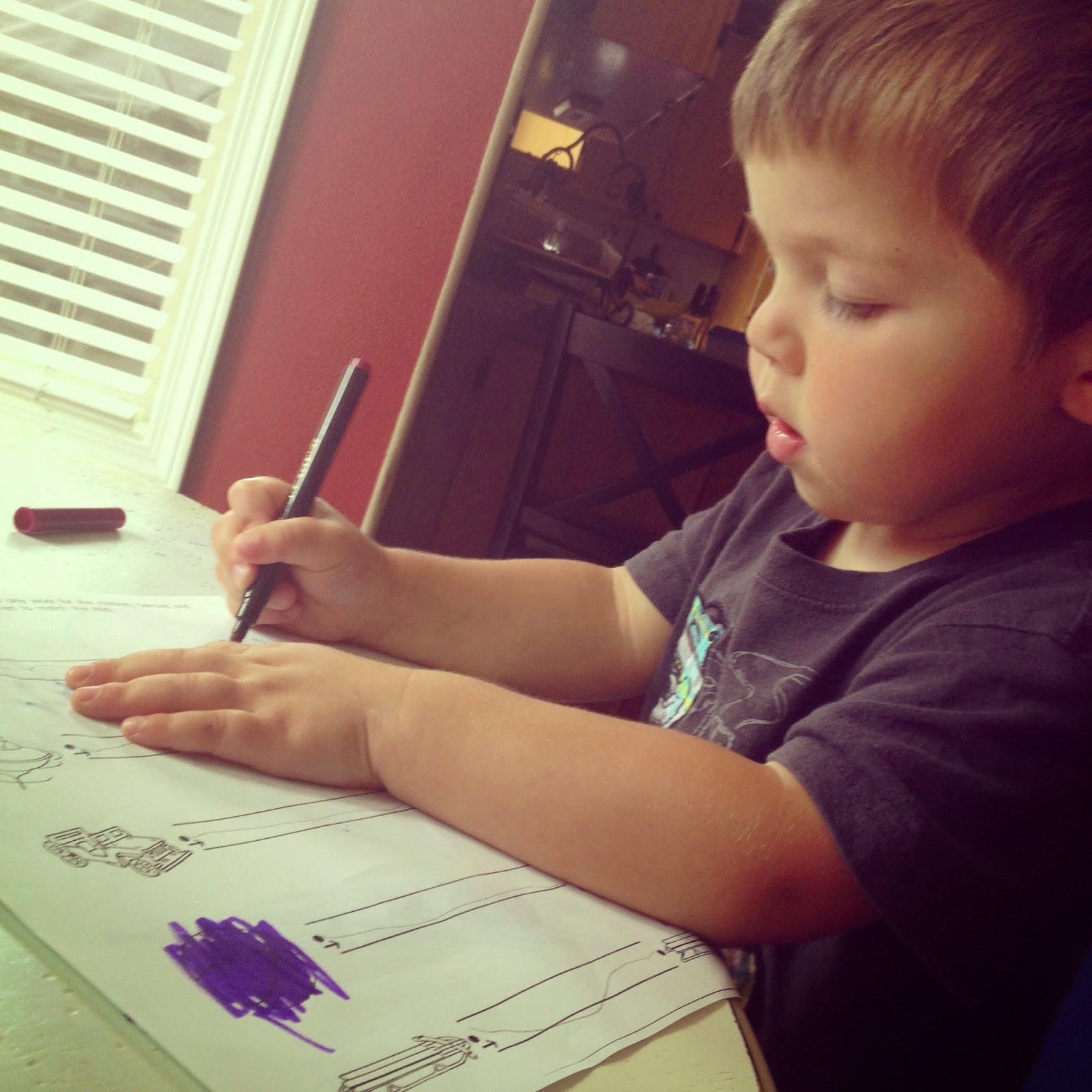 We were doing our advent reading and when it was Jackson's turn to list his blessing of the day he said, "Going in your woom." (climbing in bed with me in the middle of the night)

And then he flashed the "Momma's Boy Smolder." 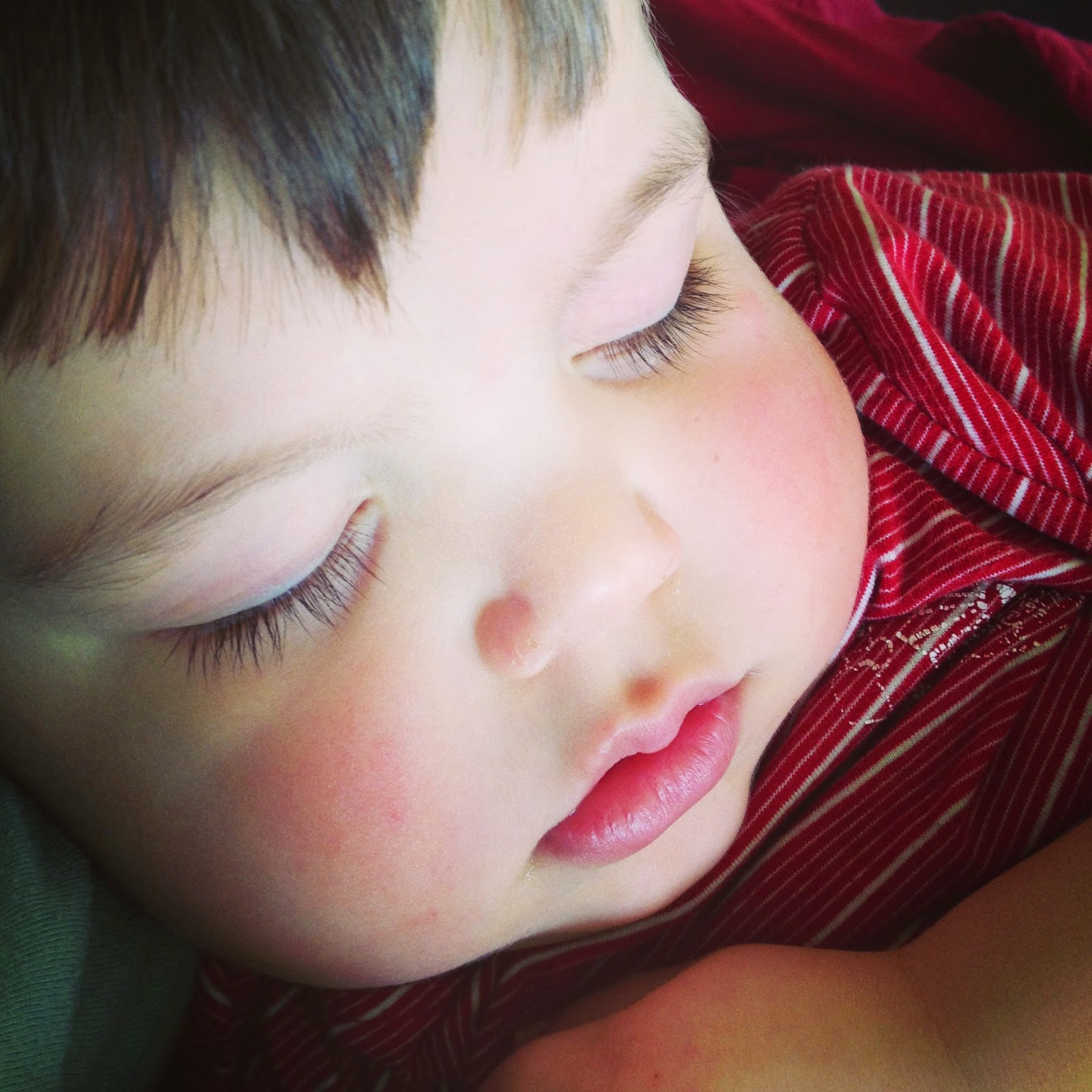 A few months back I cut HH, Abiah, and Jackson's hair while my in-laws were out for the day. When they got home FIL was commenting on their hair and said to Abiah and Jackson, "Where'd your hair go? You got buzzed. You're Buzz Lightyear!"

At that point Jackson, who is laying on the couch, starts pulling his pants down. FIL goes, "Hey! Whatcha doing?!"

"I'm showing you my Woody!"

FIL and I half gasp and giggle and, as we're both starting to tell him to pull his pants up, we realize that he has his new Toy Story underwear on and he was just trying to show FIL the picture on the back of the unders.

Laughter for days, people. I tell ya.

The kids and I went blueberry picking with MIL this last summer. As we were picking I was talking to the kids about not eating too many of the berries while we were picking them because that would be stealing from the farmers. Jackson had a different solution. 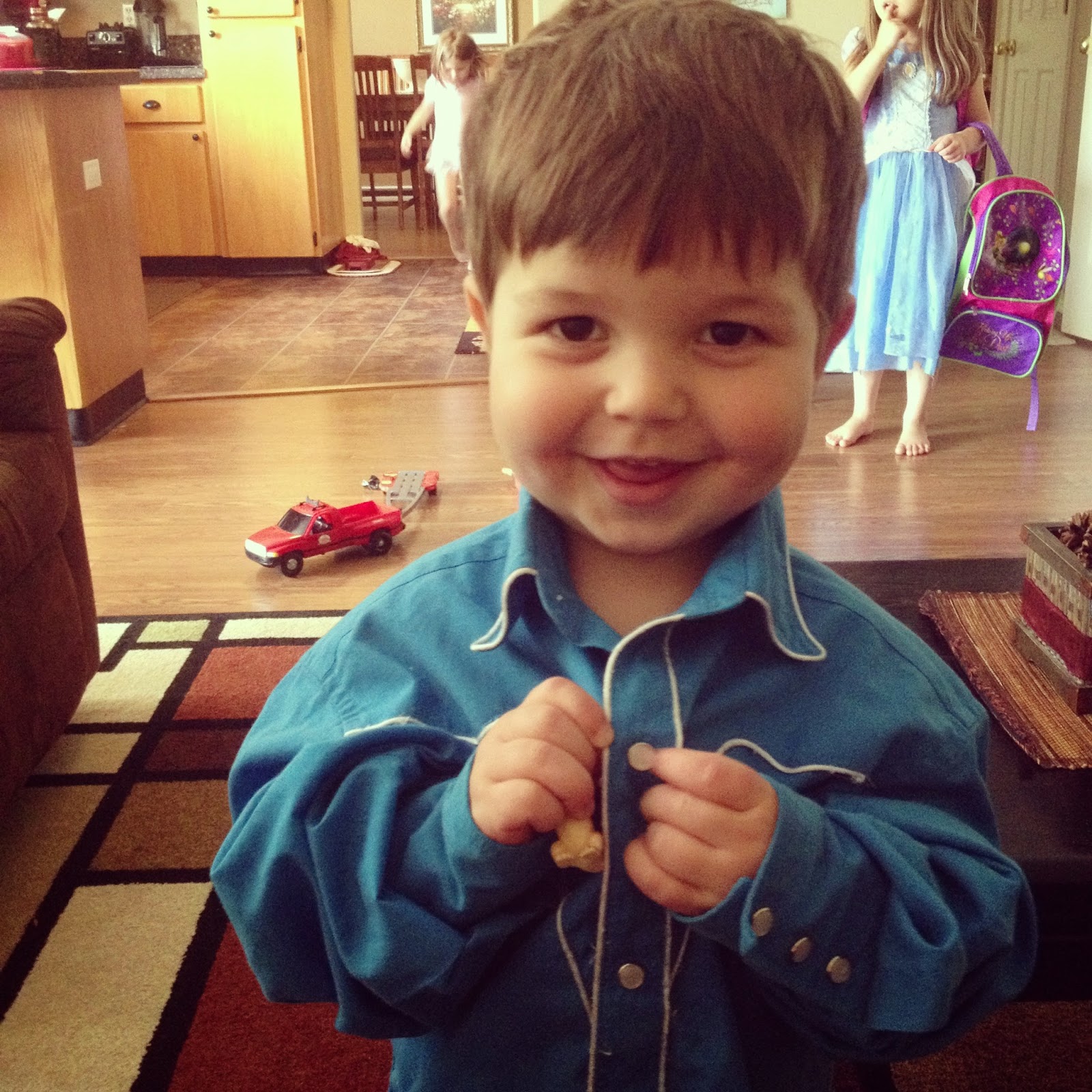 About sleeping on a bunk bed:

"I don't like bonk beds. The wood bonks on me."

On getting too close to Emmett: 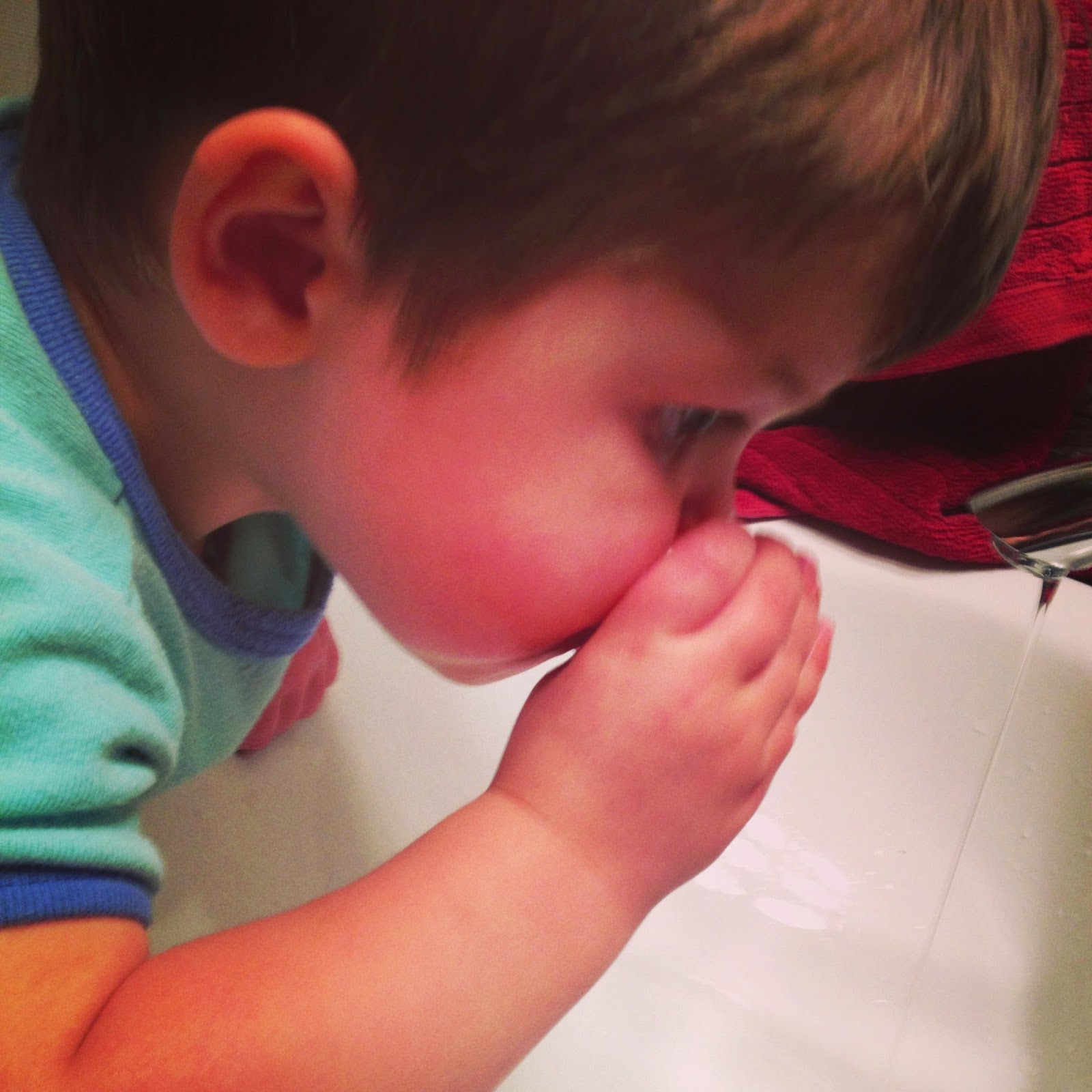 The #beefyboys were due to be born during hunting season in September. I'll never hear the end of it.

That meant that we couldn't go on the Arcouette family annual two week hunting trip. That HH had already gotten time off for. I was a favorite of all this year. 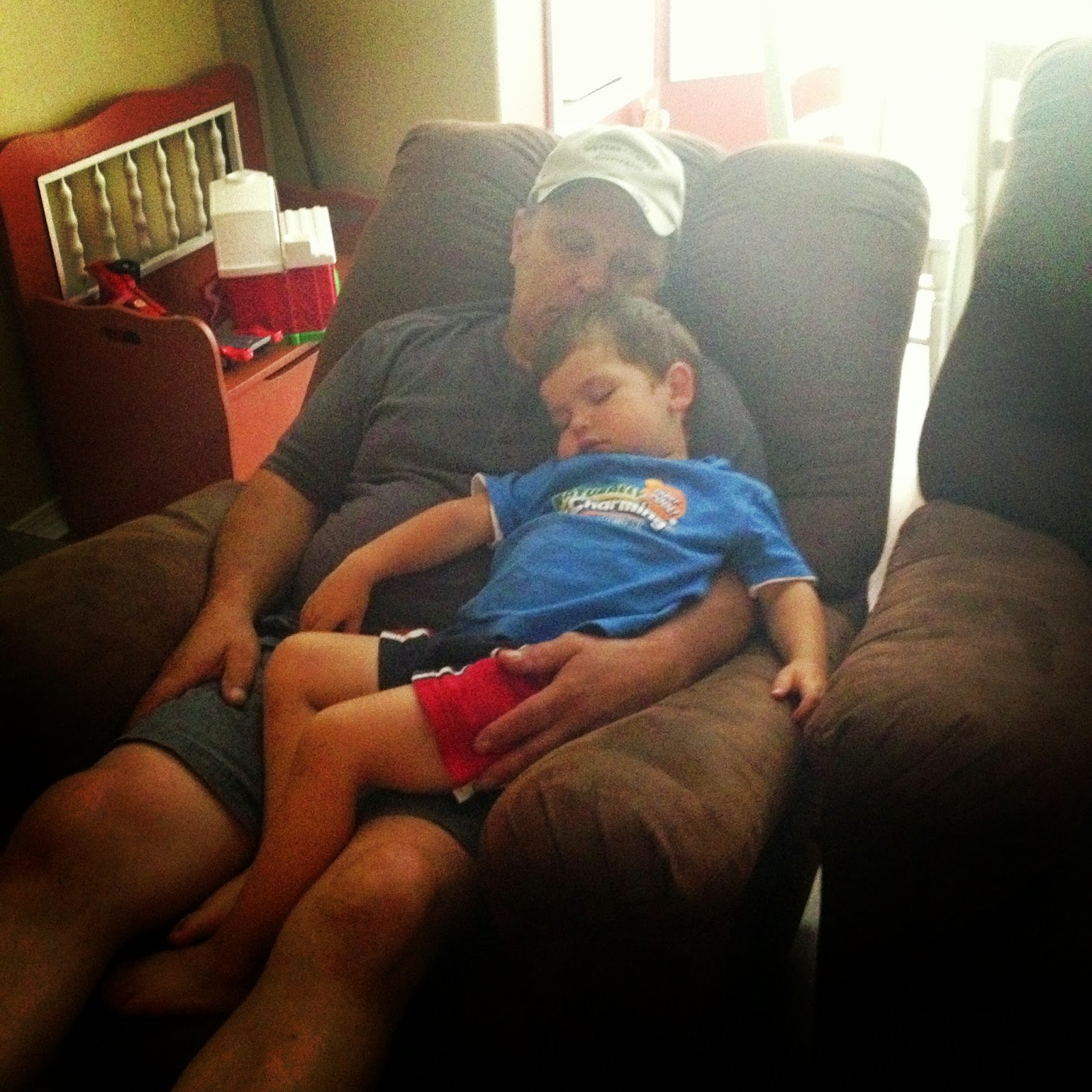 While we waited for babies MIL and FIL went with SIL#1's family. MIL and FIL came home the day before induction to be here for the birth and the day after the #beefyboys were born they went back to camp and took Abiah and Jackson with them.

On the way back to camp they had car troubles and ended up at a little auto shop. When they walked into the shop the receptionist greeted them and Jackson immediately says, "Mommy had babies."

MIL explained that her DIL had just had twins and then Jackson added, "And dey dwink milk outta Mommy's boobies!"


Posted by pistolsnprincesses at 7:59 AM

Email ThisBlogThis!Share to TwitterShare to FacebookShare to Pinterest
Labels: 'Til My Sides Hurt, My Kids, Raising 'Em Up Real Nice

I love your funny sweet stories about my funny. Sweet, and adorable grand kids! I don't know how you manage to accomplish all the things you do! You are a wonderful writer and I am happy for all the smiles and laughter you give to your readers. I love you, mom

pistolsnprincesses
Jesus Loving, HH swooning, SAHHM of the most delicious seven babies I ever laid eyes on.